Pahi, as it was originally named after Ngai Tahu Chief Pahi, boasted one of the oldest and largest Maori villages in coastal Murihiku in the 1820s, consisting of 40-50 whare (houses). It was a bustling centre of exchange and contact between Maori and European traders, with sealers and flax merchants trading for iron goods, muskets, powder and shot. Captain George Thomson, Harbourmaster of Bluff, was the first proper European settler and named his property Cozy Neuk, after his homeland Scottish village - the origin of the area's name today.

During earlier tribal hostilities between Ngati Mamoe and Ngai Tahu in the 1700s, the fortified pa on Matariki Island, which lies just offshore from Cosy Nook, was a place of refuge in times of threatened warfare. The 1997 Ngai Tahu Deed of Settlement returned Matariki Island and the small rocky islet to the Ngai Tahu Tribe.

Rarakau Lodge is located right at the start of the Hump Ridge Track. Park your car at the carpark when you arrive and you'll have a place to rest before and after your trek.

END_OF_DOCUMENT_TOKEN_TO_BE_REPLACED 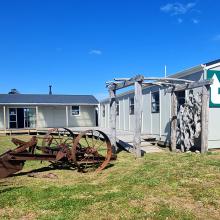 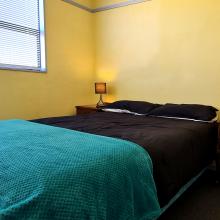